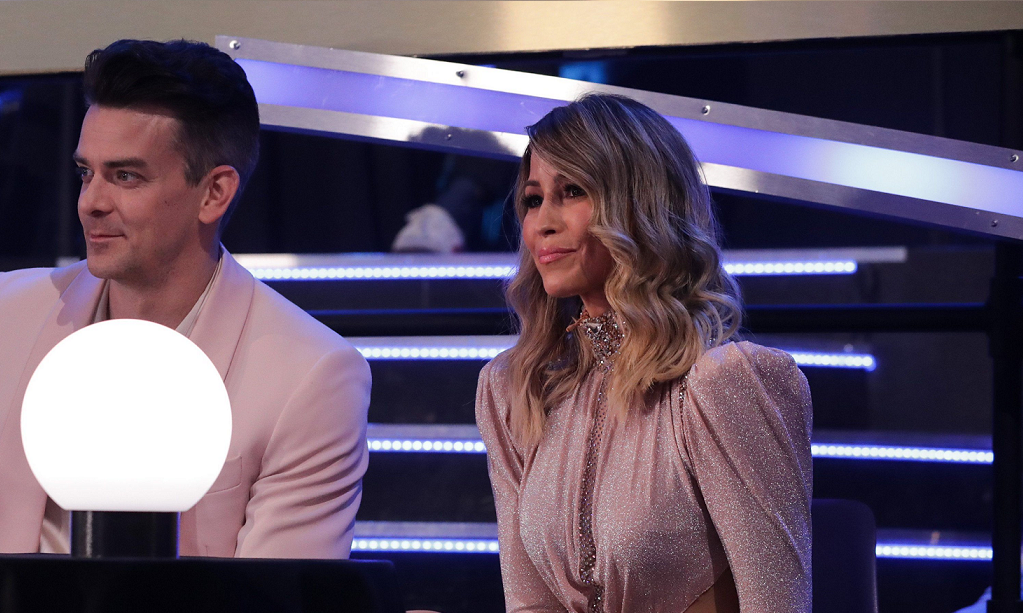 Unfortunately, Rachel has been forced to withdraw from this week’s Dancing on Ice episode due to a wrist fracture sustained during practice!

Due to an injury sustained in training and on the expert advice from the Dancing on Ice medical professionals, Rachel Stevens will not skate in this Sunday's show. We look forward to her returning to the show next weekend @MsRachelStevens #DancingOnIce pic.twitter.com/1Gmt6n3nou

While Rachel is recovering, there is hope she will be able to return the following week on 30 January.

UPDATE: Rachel has spoken regarding her injury stating: “I’ve got a meeting with the consultant this week so fingers crossed as soon as I get the all clear I can go back on the ice. It is so frustrating but you know what, these things happen and it’s the risk you take.”

She added: “I fractured my wrist at the beginning of December. I didn’t realise I had done it at the time. Healing time for a fractured wrist is 6 weeks really so I’ve just been following the advice of the medics and doing all the advice they’ve told me to do to keep it strong.”

UPDATE #2: Rachel has released a more detailed statement: “I mean, this happened at the beginning of December,” she explained. “So, once I knew what had happened, I was just so grateful that I knew I could stay in the show and still be a part of it. But it’s definitely been a process, and I’ve had my wobbles for sure. Because, you know, when I take on something, I want to give it my everything and really go for it, and I really care about doing the best I can.

“So yeah, it’s been frustrating and scary, but at the same time, Brendan has been so amazing and the team around me have been so supportive and I’ve had amazing advice, medical advice and support. And we’ve just done everything we can off ice… to do everything we can, like working on core strength, and stamina and balance and all of those things. Just making the best of what we’ve got and working so hard that, fingers crossed, when I get back on I can just give it my everything and go for it.”

She went on: “I actually wasn’t with [partner Brendyn Hatfield] at the time, I was with my coach. This was a couple of weeks before Christmas. And yeah, I mean, I fell quite a few times, obviously as you do, though trying to push yourself and was trying to push myself out of my comfort zone and yeah, I just fell and it hurt.

“Obviously, I didn’t know what I’d done, but after that I had an incredible support, went and got an x-ray done and I’ve had amazing medical advice from the team. This is healing really, really well. I’m just so grateful to still be able to be in it to be a part of it and we’re working super, super hard off ice so that, fingers crossed, I can get on really, really soon. I just can’t wait. I cannot wait to get back on.”