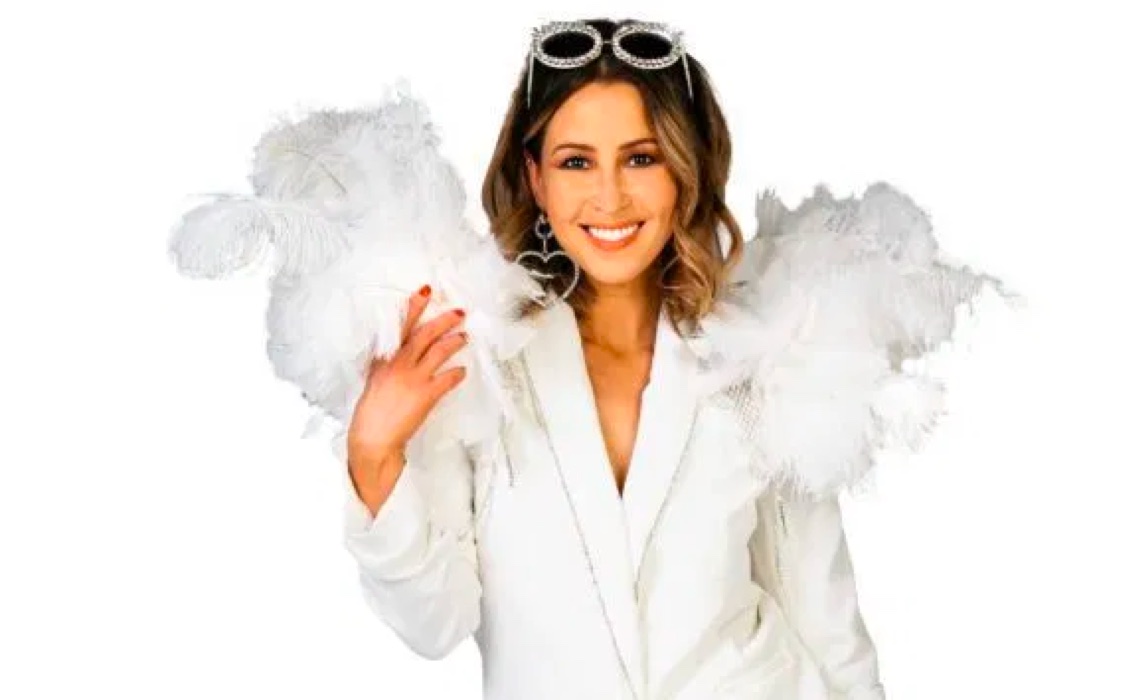 She took the polished routines of S Club 7 in her stride and set new records on Strictly.

Now Rachel Stevens is gearing up for her greatest dancing challenge.

She is taking to the stage for Rip It Up The 70s, the new show that’s following on from the amazing success of the 50s and 60s productions. Those tours sold over 100,000 tickets and went down so well they rounded off with a four-month run in London’s West End.

“It was a brilliant night but it was so full-on and so packed with routines that at the end my husband turned to me and just said, ‘Good luck!’”

The formula of the shows is brilliantly simple – get a lead cast of well-known faces to show off their dance skills to a soundtrack of some of the biggest hits of the decades.

This time round it’s toe-tapping tunes from the Bee Gees and Bowie, Queen and Elton John, Abba, Fleetwood Mac, The Eagles and many more that will be heading to venues all over the country, including Aberdeen, Perth, Glasgow and Edinburgh.

Scary though it is, it’s a prospect she welcomes – as long as she gets herself in shape.

“I’ve wanted to do some kind of dance show ever since Strictly so I jumped at this when it came up,” confided Rachel, 41.

“I go to the gym anyway and I’ve got a trainer, so it’s really been a case of upping the cardio. My two little ones mean I’m always running around, but this is a different kind of energy.

“Although I’m not naturally a runner, I’ve been doing that more, as well as pilates and just eating healthily.”

She notched up more perfect 10s than anyone else at the time and made it all the way to the final with Vincent Simone, narrowly losing out to Tom Chambers.

She says the invitation to take part on Britain’s biggest TV show came at the perfect time.

“Being able to get on such an incredible show was an amazing thing,” she explains. “I’d done my solo stuff and then was living out in LA for a bit. This was the first TV thing I did when I got back from America.

“It was a massive challenge and an opportunity I couldn’t turn down. But it was the most nerve-wracking show I’ve ever done.

“No matter what background you’ve come from you are so out of your comfort zone. You come to care so much for your partner and just want to do well.”

Rachel married Alex a few months after Strictly and with the arrival of Amelie in 2010 and then Minnie is 2014, a different phase of her life beckoned.

While she has undertaken various projects, including a festive return to Strictly and a starring role on one of its sell-out stadium tours, motherhood has been her biggest happiness.

“It’s full-on and challenging but the girls are just incredible and bring so much joy,” said Rachel.

“They’re gorgeous and funny. The little one, Minnie, is hilarious and cracks me up every day.

“And I definitely think Amelie is going to be on the stage. Whenever I see her in a show I’m such a proud mama – I was crying at the last one.

“She is so passionate about her singing and music. When she is performing she lives every moment and is so expressive.

“I’m going to encourage her all the way. If that’s her passion, then I’m fully behind her.”

Like Amelie, Rachel grew up in a musical house, always singing with her hairbrush in front of the mirror like so many little girls.

“I didn’t really seek out a musical career. But I went to see Kylie when I was about 11 – it was my first concert – and I remember saying to my mum that was what I wanted to do when I grew up.

“I was in awe of it all and I used to put on my own little shows.”

Stage school wasn’t her way into the business but before she’d even turned 20 she was in S Club 7.

Formed by the Spice Girls manager Simon Fuller, their own TV show in 1999 was the springboard to success that saw them have four number one UK singles and sell over 10 million albums worldwide.

But it was a crazy whirlwind that, as a teenager, could be hard to take in and stay on top of.

So, looking back two decades on, what advice would Rachel offer to her younger self?

“Travelling the world was an incredible experience but I’d tell myself to worry less.

“I’ve always been a bit of a worrier, even about the little things, so I’d advise not over-thinking everything.”

Turning 40 is a big deal for many and Rachel says she was no different when she reached the milestone in April 2018.

“I drag my birthdays out anyway but I really dragged that one out,” laughs Rachel. “I had a big party and we probably celebrated over about a month.”

Age – hopefully – brings wisdom, experience and perspective and Rachel can look back on lessons learned and attitudes changed.

“It doesn’t happen overnight and it takes time as you grow, but I feel I definitely know myself more.

“At this time in my life I’m much more confident. We all have our insecurities but you learn how to deal with them better and work with what you’ve got.

“I’m just striving to be the best person, the best mum, best friend I can be.”

She may be a 40-something mum-of-two but Rachel is still in great shape, even more so with her Rip It Up regime.

Back in S Club’s heyday she regularly topped polls for her looks and just five years ago a lads’ mag voted her the sexiest woman of all time.

“I got rear of the year, another highlight of my career,” she says with a cheeky grin. “I went from doing kiddie bopper magazines to being told I was topping these polls.

“It was a shock and I took it all with a pinch of salt, but I very much enjoyed it. I’m going to ride on that forever!”

The tour starts on September 12 with Scots dates from October 11. Tickets at www.ripituptheshow.com

Fans were bereft when S Club 7 split in 2003 but they reunited in 2015 for their Bring It All Back arena tour.

Rachel insists that unlike other girl groups, there was no big fall out and getting back on stage after more than a decade was a thrill.

In fact, it’s something she would be happy to repeat should the opportunity arise.

“We don’t speak often but we are definitely in touch. Everyone does their own thing – some of the guys still perform together – and we’re all scattered all over London but we certainly still speak.

“Things were very amicable and although we were all very different, we pretty much got on really well, other than annoying each other now and again like brothers and sisters do.

“S Club reunion talk bubbles up every now and again and I feel very proud of what we had, so why not? Never say never.

“I saw the Spice Girls when they toured and I think it’s brilliant to revisit those times.”